Bluegrass Orthopaedics would like to congratulate, and sincerely thank, our next Comeback Champion - Yolanda Davis. Ms. Davis has been through quite the journey, and shared her story with us recently. Thank you Yolanda, for taking the time to write this. We are thankful you are doing so well!

My story starts June 13, 2016 when I stepped in a hole in the yard, twisted, and broke my left tibia. I was initially taken to a local hospital, but they felt that the trauma was severe enough that I needed to be in a facility that was considered a trauma center in order to get the surgical care I needed. I was taken to the a hospital in Louisville and proceeded to have two surgeries there.

After the two surgeries, I was sent to physical therapy to begin rehab on the leg. Upon entering physical therapy, they pushed too hard too fast. They asked me to do things my leg wasn't ready for, on top of the fact that my incision wasn't healing properly in a specific area. I voiced my concern to the surgeons, but they insisted it was just taking longer to heal. After 4 months of the incision not healing and looking particularly nasty, I convinced the surgeon that something was wrong. He schedule me for debridement surgery and after taking cultures while in surgery, I was told why my incision wasn't healing - I had MRSA in the wound. I was given oral antibiotics to try and treat the MRSA and told to continue PT.

I continued PT at the request of the surgeons, but did not feel as if I should be doing PT while trying to heal my leg and incision of MRSA. PT was painful and did not yield the results that the surgeons were hoping for. I was then scheduled for a 4th surgery in April 2017, to remove the plates on the tibia, as they had become loose. After surgery, the surgeons advised that my knee was dislocated and I would likely need a knee replacement.

In June 2017, I was sent to another surgical practice in Louisville. The surgeon in this practice stated that he could perform a knee replacement, but that the risk of losing my leg to amputation was very real. I wasn't happy with the communication between this surgeon and myself - seeing as I only saw him twice. I felt the need to get a second and possibly third opinion before moving forward with any additional surgeries.

In late July 2017, I saw Dr. Christensen's PA, Matt. I brought him all of my records, x-rays, CT scans, and a radioactive study. After reading through my records, Matt advised that they could set me up for knee replacement surgery in March 2018. Within 2 weeks of seeing Matt, Dr. Christensen's office called, and said that Dr. Christensen wanted to see me. I made the appointment and went in to see him. At the appointment, Dr. Christensen explained the options to me, what he could do, and how we could proceed. He advised me that the MRSA would complicate things, as well as the dislocated knee, and an area on the side of my tibia that was not healing. He then advised that he wanted to do surgery in September 2017.

In September 2017, Dr. Christensen took me into surgery, and placed a spacer in my leg, with the tibia and femur being cut the same as they are cut in a knee replacement. The spacer was made of a special cement with antibiotics infused with the purpose of stifling the MRSA. He also did a debridement and a bone graft to help the non-healing tibia. Also consulted for my surgery was Dr. Dougherty from Central Baptist Infectious Disease, in order to ensure that all measures were being taken to get the MRSA under control and eradicated if at all possible.

After 6 months of tremendous progress, in April 2018, Dr. Christensen performed the same surgery from September 2017, except without the bone graft, as the tibia graft was successful. Following this surgery was 6 to 8 weeks of IV antibiotic infusions to deal with the MRSA.

Throughout Summer 2018, approximately every 2 to 3 weeks, Dr. Christensen aspirated my knee to check for infection. This continued until late July 2018, when he determined that I could be scheduled for knee replacement surgery in September 2018.

After one last aspiration in August 2018, surgery was scheduled for September, and he performed a permanent knee replacement. After surgery, I stayed in the hospital a full week to ensure that there were no issues with the surgery and that I was on track healing wise. When I was released, it was with another 6 to 8 weeks of IV infusions to ensure that the MRSA did not reoccur.

Dr. Christensen performed miracles for me, and I couldn't be more thankful. He ensured that I didn't lose my leg and that I was able to get my life back. He is truly a gifted surgeon, a gift that could only come from the Lord above. He took a leg that was complicated beyond imagine, a dislocated knee, and a MRSA infected incision, and he succeeded. He was always candid with me, letting me know the risks associated with my situation, but always told me he felt he could get me back up and walking again. Prior to each and every surgery, he prayed with me and my family, giving us peace and confidence that God was intimately involved in the surgery at hand, and that with His guidance, Dr. Christensen would succeed in the task at hand. In so many ways, God's hand is all over my situation with my leg, my surgeries, and my eventual path ending up at Dr. Christensen's office.

Here we are, almost a year later, and I can walk. I can do all of the things that were taken away from me on June 13, 2016. It took 26 months to get from my accident to my knee replacement, 7 surgeries, unending doctor appointments, physical therapy, a PICC line and an infusion/blood draw port, to get where we are today. I can plant my flower beds, get in the pool, go out to eat without worrying about accessibility, sit in the front seat of the car and drive. I missed so much in those 26 months, including my 81 year old mother's heart ablation and subsequent pacemaker placement, the birth of my niece, UK Basketball and Football games, and time with my daughter, all because I didn't have the strength or the access to be there due to my leg.

I am overwhelmed with gratitude and thanksgiving for Dr. Christian Christensen. He took a troubled situation and with his skilled hands and mind, resolved it in the best way possible. If it were not for his kindness, wisdom, and prayers, I do not know that my outcome would be what it is. I do not believe I would have my life back the way I do, and I believe the outcome would have been drastically different. 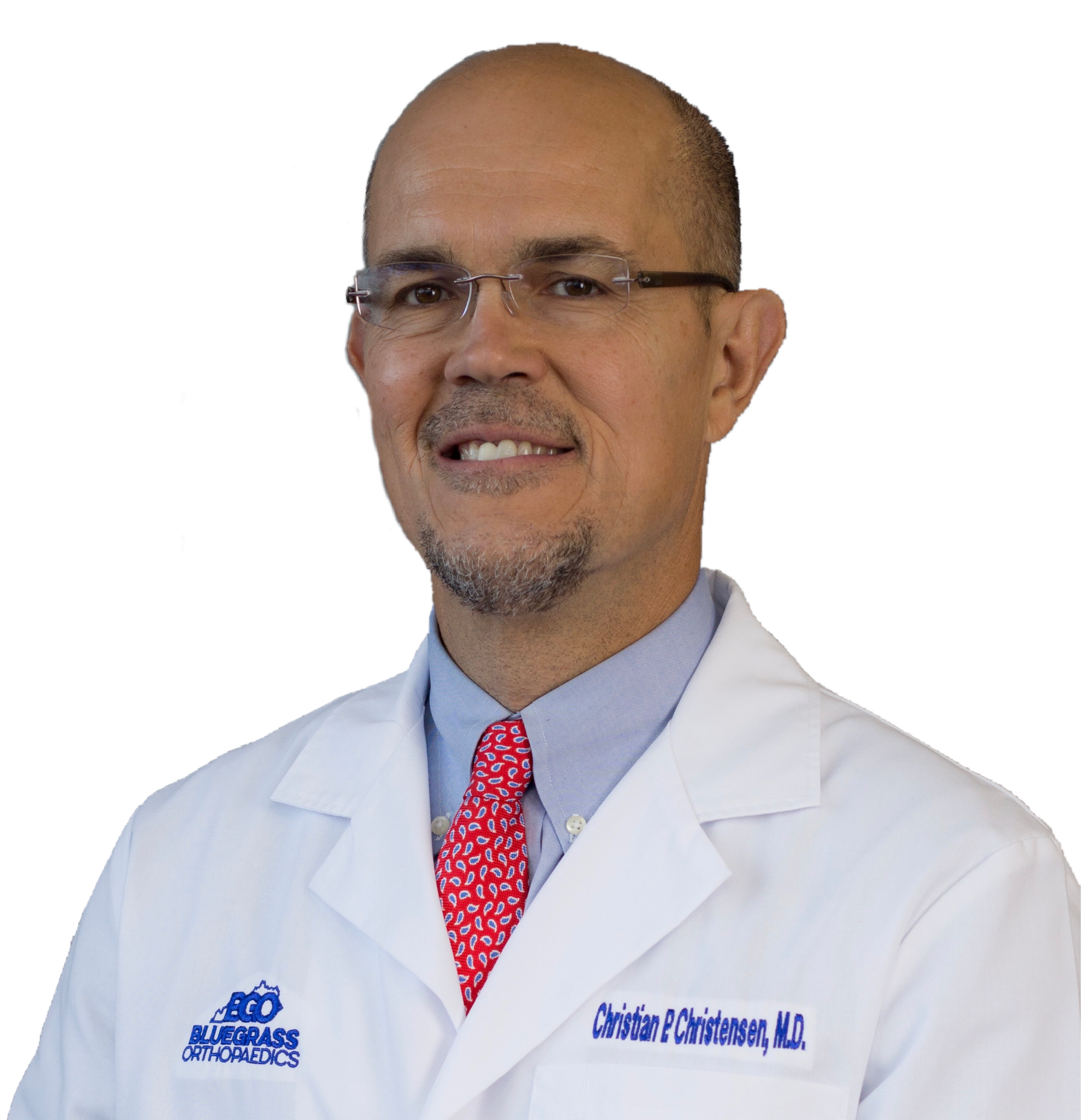